It is not difficult to draw parallels between running and theatre.  Both can be exciting, challenging, enriching.  Occasionally life changing.  Even when it’s difficult, it is, in the end, usually worth it.  Even if you’re just glad its over.With The Company of Wolves, running and theatre is much more than a metaphor.  Our performance literally challenges the audience to run with the narrative.    There is, for those who still want a unique theatre experience the less challenging two-mile walk – as opposed to the five mile run – but which ever path you take the show promises to be breath-taking.

I started running 12 years ago in my early 30’s and I usually run a couple of half marathons a year.  But for this show I’ve had to step my running up a gear, knowing that I’ll be running at least 10 miles for the first two performances on 29th and 30th August and far more than this during the intensive rehearsals leading up to the first night.

Ramping up the running has provided some unforgettable experiences.  My first Hash run in Chillington in Devon with the Devon Hash Harriers was a 7 mile jaunt through spectacular scenery. Hashes are a heady mix of trail hunting, running and drinking.  What’s not to like?.

On a corporate theatre job in Miami in June I packed my running shoes for a run along Miami beach as the sun rose.

A second Hash in Dawlish saw Becka initiated with her hash name.  If you ask her nicely I’m sure she’ll tell you what it is…

At a development weekend in May the cast and crew ran a crafty trail laid by Joe the Director.  There’s something uniquely bonding about running about on a crisp Sunday morning when perhaps most other people are just rising from their beds.

Becky and I donned our skillfully crafted costumes for a Sports and Well Being Fun Day on Exeter Quay in July.  Ruth Webb’s costumes hit the mark whilst also being amazingly light and, as we learned as we ran about that day, brilliantly enable us to run as characters without impeding our running.

As I write this I’m camping on Dartmoor and running the 10k round trip to Bovey Tracey most days for a morning Cappuccino.   My kind of training!

It is on this base level of fitness that my character, The Duke, resides.  The costume suggests high status but also entropy and decay.  And, could it be, perhaps a deep loneliness.  What is going on behind those dark eyes of his?  We want to trust him.  He seems to guide the way.  Can he be trusted?  Yes?  Of course…after all; we have to.  What other choice do we have? 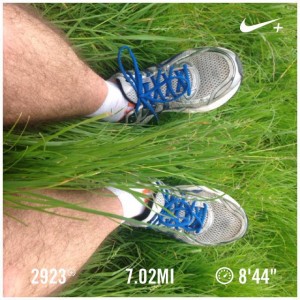 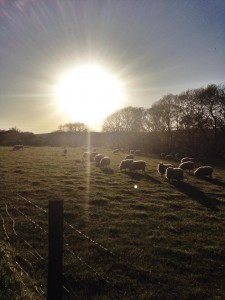